*I trust that Andrew knows all this info, but just a heads up, none of us could find this information anywhere.

The men’s squash team participated in the CSA Nationals tournament last weekend and defended its No. 3 seed in the Conroy division, defeating Johns Hopkins 6-3 and Georgetown 5-4 while falling to Stanford 9-0. As a result of their efforts, the Orange and the Blue improved their national ranking to No. 27 overall.

The Bison kicked off the weekend as the No. 3 seed in the Conroy division, the fourth of seven divisions in the tournament. The Bison started off the quarterfinals by defeating No. 4 seed Johns Hopkins, and advanced to face No. 2 Stanford in the semi-finals. Though the Bison did not record any wins against Stanford, their subsequent victory over Georgetown resulted in the Bison achieving third place in the Conroy division, successfully defending their seeding.

The men’s squash team will look to build on its recent success in the coming months as they host several more tournaments in their brand new playing facilities, including the Patriot League Championships in January 2014. 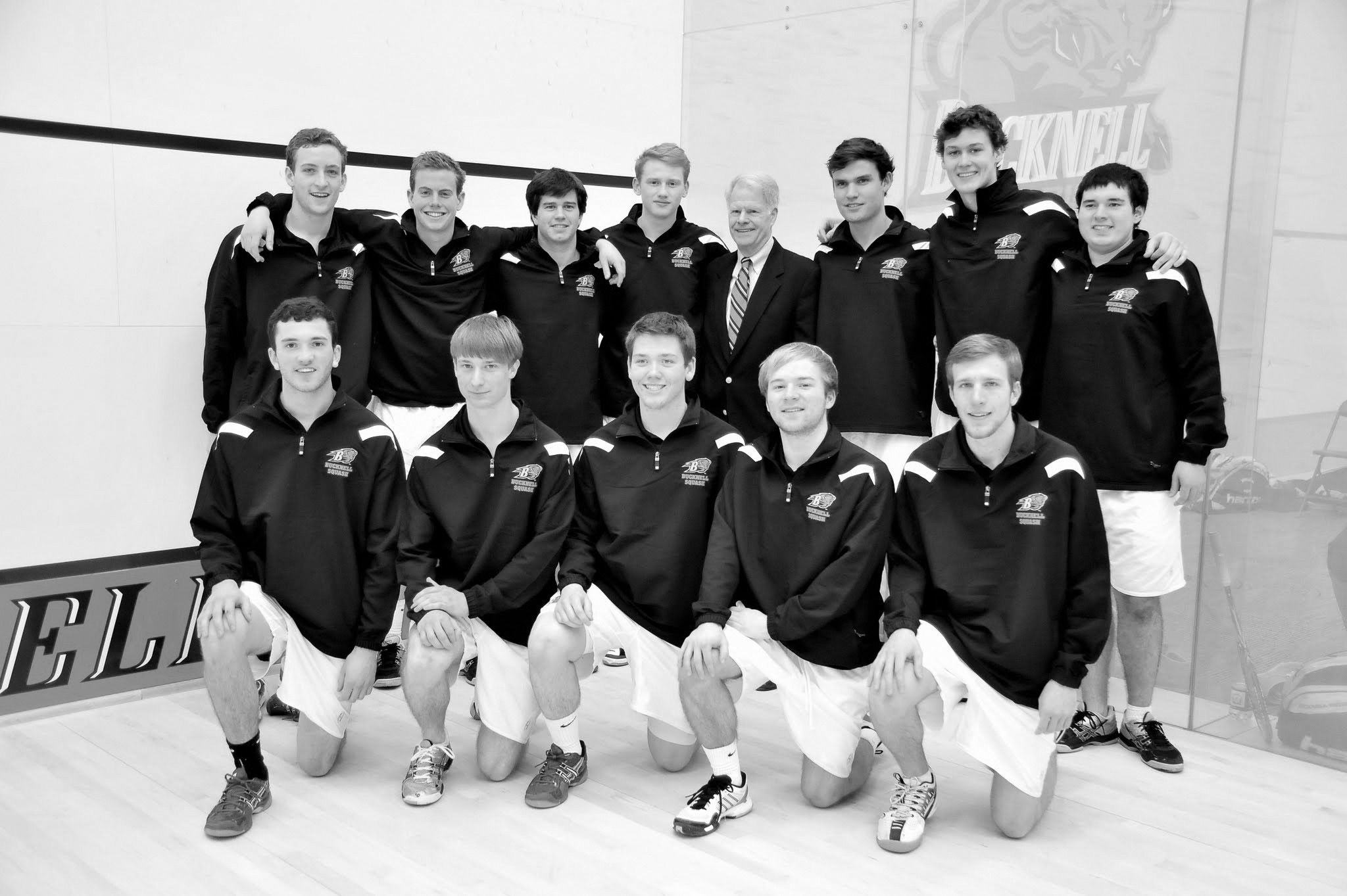 The men’s squash team, led by Chris Santoro ’14, is one of the most successful club programs on campus.

After being ranked No. 54 in the country at the end of the 2009-10 season, the Orange and Blue made a huge leap and are now No. 36, going 6-4 this season.  In fact, the team won the Serues Cup F Division at the Men’s National Team Championships last spring.

Santoro has undoubtedly been a huge part of this rise in play.  His accomplishments include Patriot League honors and an invitation to the men’s individual national tournament.  Despite his personal achievements, Santoro stresses the strength of the team as a whole.

“It started out rough when I first got here, but we really came together as a team towards the second semester of my freshman year,” Santoro said.  “This year I feel as though we have only gotten better.  I have never been on a team I believe in more than the team we currently have now.”

This strong belief in their team has clearly been beneficial, as the Bison have already made important strides this season.  One of the biggest highlights thus far has been beating No. 28 Johns Hopkins, 6-3.

“[The win] really solidified our team as a team to watch out for in the CSA [College Squash Association],” Santoro said.

Other players have also been earning individual recognition, including Rod Maier ’14 who earned Harrow Sports College Squash Player of the Week for his performance at the important Navy Round Robin Tournament in November.  He went 3-1, with victories over Virginia, Swarthmore and Fordham.  His only loss was a close one to Navy at the number six spot.

As a whole, the team is looking to finish the season ranked in the top 40, a goal they are well on their way to achieving.

The team ultimately seeks to repeat as division champs in the Men’s National Team Championships, which will take place at Princeton University the weekend of Feb. 17.