Lynn Pierson’s official job title, “Assistant Director for Community Service,” does not do her justice. Since originally coming to the University in 2006 to work for the Office of Housing and Residential Life, Pierson has made a memorable mark on the campus and surrounding community working for the Office of Civic Engagement.

“I’ve been busy,” Pierson said, but this is a gross understatement. According to Pierson, the best part of her job is its variety. “I am able to interact with so many different students, staff and community partners. I also am able to see our students really making a positive difference in our area.” 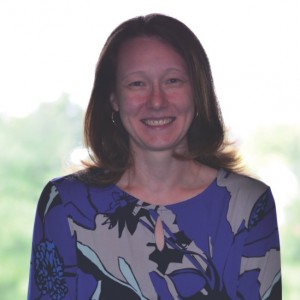 Pierson has not shied away from getting her hands dirty, either. She recalled one particular instance about gardening in the Lewisburg Community Garden. “I was standing on a pickup truck in the back shoveling manure, and I’m thinking, ‘How did I get here?’”

Pierson is also a Posse Mentor, Sexual Assault Survivor Advocate, a member of the LGBT and WRC advisory boards and chair of the annual AIDS Walk.

Posse member Jose Rivera ’12 praised Pierson’s work ethic and vigor. “She’s dedicated to doing quality work. Reliable, energetic and kind is the best way to describe her. She’s rarely down, and you can always expect to hear a ‘Fabulous!’ from her.”

Pierson also spends a great deal of time working with Greek organizations and their respective community service chairs. Some programs that she helps to organize include Turkey and Trimmings Baskets, the Giving Tree and the Polar Bear Plunge.

Janice Butler, director of civic engagement and service learning, singled out Pierson’s ability to identify areas of need within the community where University students can positively contribute.

“Lynn puts in a lot of work trying to meet students where they are and guiding them in their volunteer work with community groups. She has a great rapport with a number of students and helps match their interests with community needs,” Butler said.

There was an especially large demand for volunteersthis past year due to the ongoing recession and the September flooding. Pierson personally helped and encouraged Greek organizations to provide relief toward these efforts, from making blankets and hats to baking.

Additionally, she has participated in several service trips, such as the Civil Rights Spring Break Trip to Memphis, the Bucknell Brigade trip to Nicaragua and recently a trip to Morocco with Hillel.

The trip to Nicaragua was, “a little bit of a life changing thing that I didn’t expect,” Pierson said. “I went down and discovered some things about animal rights and came back a vegetarian.”

Lynn Pierson grew up in Erie, Pa. and attended Penn State Behrend College in Erie. Pierson said she enjoyed working with other college students, which led her to attend graduate school to complete her master’s degree so she could continue working with students.

“I came from a very middle class family, so college was kind of a new thing. Grad school was a whole new ball game for them,” Pierson said.

One specific program which Pierson has helped bring to campus is the Bucknell Community College Scholars Program. The program provides people who may not have previously been able to attend universities the chance to do so. Students from local community colleges are recruited to enroll in a six-week summer program at the University, and if they are successful they have the opportunity to enroll full time on campus under an academic scholarship. For the past four years, the program has been funded by the Jack Kent Cooke Foundation, but the University recently agreed to fund the program on its own.

“That has been incredibly heartwarming, to see people that otherwise wouldn’t get the chance to go to college necessarily,” Pierson said. “They’re not the typical Bucknellians; they’re typically older folks with families, or have been in the military for a number of years, or international students. It’s been wonderful.”

Looking back, Pierson said that she did not expect to be on campus this long, but is glad she’s stuck around. “It’s been a full six years … there’s never a dull moment.”