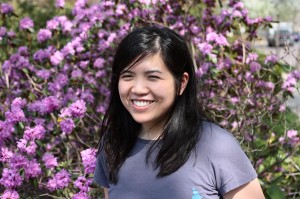 If you know me, you probably know that I rarely sleep for more than seven hours a night, that I can’t survive a day without drinking at least one cup of coffee and that I have an insatiable (and slightly unexpected) thirst for gossip.

Strange habits aside, joining The Bucknellian on a whim four years ago was probably the best decision I made. To say I was a timid first-year is an understatement. I could barely hold a conversation with a stranger without having an anxiety attack.

My time at The Bucknellian changed that. Reporting gave me confidence; it made me take risks and stand up for causes. It made me explore the campus that initially daunted me. If it didn’t bring me out of my shell, it at least left a substantial crack in it.

I can’t say that I remember the first story I wrote for the paper. Having no previous experience with journalism, I clumsily gathered quotes and facts, piecing together an article that likely lacked focus and elegance. On Friday mornings, I’d pick up the latest issue, scan through my piece and gasp with outrage that the editors dared alter my writing. The following year I became one of those editors.

As the Arts & Entertainment content editor, I learned the basics of journalism. Naturally, I was nervous about joining the newspaper. For the past year, I was in awe of The Bucknellian, mostly because I was ignorant about how it was produced each week. I thought it was untouchable, unchangeable and incredibly demanding. I wasn’t wrong about the demanding part, but I did eventually figure out how to leave my mark on the paper.

After a semester of assigning stories and photos, writing one or two pieces a week and handling writers’ attitudes, I wanted to quit. Managing criticism and minor disasters each week became unbearable. But pride drew me into the paper. Seeing my name in print, knowing that what I wrote would become a part of the University’s history made me stay. I loved crafting narratives and bringing the stories of niche groups to the campus.

I loved it so much that I continued editing, later becoming features editor, associate editor of content and, much to my surprise, editor-in-chief. Pulling near-all-nighters (I’ve never actually gone a night without sleep) became commonplace. Developing a mild caffeine addiction didn’t faze me. Sometimes I’d walk home from Roberts basement at 3 or 4 a.m. after a night of production and hallucinate.

Last semester I organized my schedule so that I’d have my Tuesdays and Thursdays entirely free to field phone calls, answer ad questions, complete board edits, rewrite leads and catch the minute layout errors that would detract from the readers’ overall experience of the paper. The Bucknellian consumed every spare moment of my life. It even invaded my dreams, giving me nightmares about gaping holes in the layout, libelous statements or the nascent online version.

But no matter how much I suffered during the week, the final, freshly printed copy in my hands made up for it. My first week on the job, I reread every page probably 10 times before I sent the finished issue to the printer. That Thursday afternoon I collapsed once I reached my bed, and the same evening a friend burst through my door and handed me the first redesigned issue. It was sheer perfection, even in its imperfection.

After my term was over, I was elated. I probably screamed with joy and high-fived everyone I encountered. Wednesday nights were mine again. I could resume what I thought was my “real” life. As I looked over the last issue, I labored over every detail while sitting in the chief’s office, knowing that at some level I would miss the work. At times I do, and I don’t regret a single moment of my experience.

The Bucknellian has been so much a part of me and my life. It introduced me to some of the most brilliant, creative and hardworking people I will ever know. I will miss dearly my stalwart staff, especially Rob, Sarah and Kristen, who aided me throughout the summer while I planned the redesign and reorganization and who always kept the paper running. More thanks are due to my predecessors, especially Mike, who was a remarkable source of knowledge and advice. Courtney, you brought the news week after week, and you made production nights infinitely more entertaining. I can’t wait to see what you come up with next semester.

Jim, thanks for everything over the years. All that you have taught me I will never forget.

My friends, thank you for putting up with me, even when I conned you into working for the newspaper. John, without you, there would be no redesign. I am eternally grateful for our Thursday morning layout and venting sessions. Andy, thank you for publishing the online edition each week. I’ll miss WordPress filling my inbox with 30 emails.

To the writers and the new crop of staffers, I owe a successful run of the paper to you. I thought the art of print journalism was dying, but you resurrected it and exceeded my expectations in the process. Never again will I doubt the resilience of a college newspaper.

And Bucknellians, if you ever want to gossip over a cup of coffee, you know who to call.