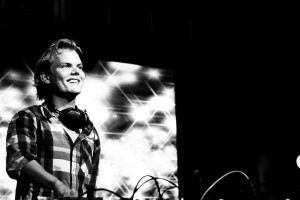 Avicii will be performing at the University on September 30th, marking the first big concert of the year. The Swedish DJ and producer (real name Tim Bergling) was ranked the no. 6 DJ in the world by DJ Magazine and is known for singles such as “Levels,” “Fade Into Darkness” and “Silhouettes.”

Right off the bat, the University and Concert Committee have continued the tradition of bringing big name artists to perform on campus. Last year’s acts included Chiddy Bang, Wiz Khalifa and Nelly. Avicii will be the second Grammy nominated artist in a row that has performed on campus. While there was some criticism about last years artists being too similar (all three were in the Hip-Hop genre,) Avicii provides a fresh avenue of live music with his accessible blend of house and techno music.

Avicii has performed all over the world, including major festivals such as Lollapalooza. His first single, “Levels” was released on October 28th, 2011, quickly putting him at the top of the electronic/dance charts. The twenty-two year old has worked with such artists as David Guetta (for which he was nominated for a Grammy), Tiesto and Lenny Kravitz and notes Swedish House Mafia among his many influences. His single, “Bromance”, has reached number 20 in Sweden and charted in the Top 100 UK Singles. Earlier this year, he realeased the single “2 Million” for free on Soundcloud after reaching two million fans on Facebook.