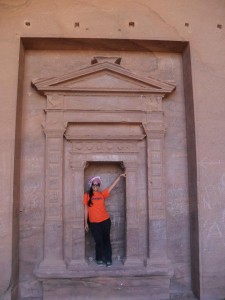 I arrived in Amman at three in the morning. Jetlagged, nervous and incredibly excited, I made my way through customs and into a new world that, for the next year, I would call home. On my drive to my apartment I looked out and saw all the shops, restaurants and big city lights. There was a beautiful balance of modernity and tradition, and I could feel the call to prayer reverberating through the city. I knew right then and there I had picked the perfect place to study abroad. Living in Amman was going to be challenging, yet the challenge was exactly what I was looking for.

Amman is the capital of Jordan, right at the center of the Middle East. Jordan isn’t in the “safest” of neighborhoods, as it shares borders with Israel-Palestine, Saudi Arabia, Egypt, Syria and Iraq. Despite the unrest in the region, Jordan has been relatively calm. In a region so volatile, Jordan considers itself the eye of the storm, experiencing peace compared to the extraordinary changes happening around it. As an interdepartmental Middle Eastern studies major, there has never been a better time to study Arabic and the Middle East. I was encouraged by my advisors to take full advantage of the opportunities I would have in Jordan. 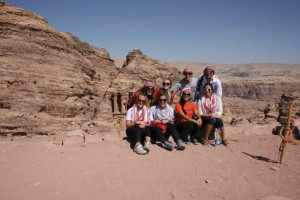 I have been studying Arabic at the University for the past two years. Despite it being a small program with no official minor yet, it is on the forefront of Arabic language study. Arabic is one of the most difficult languages to learn, and what many don’t understand is the difference between Modern Standard Arabic (Fusha) and the Colloquial language (Ammiyya). Traditionally, most universities only provide courses in MSA, which is the formal written language used in official documents. On campus, Assistant Professor of Arabic Martin Isleem also teaches the Levantine Dialect (Palestinian, Jordanian, Lebanese and Syrian) in tandem with MSA. Ammiyya is the language that dominates everyday interactions. For those who want to live in the Arab world, learning Ammiyya is more than necessary. 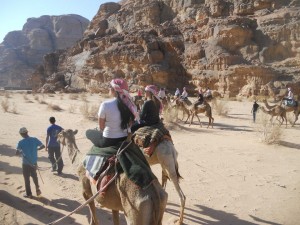 In my program in Jordan, I am the only student who has taken a formal class in dialect. The incredible advantage I have over my peers is my ability to communicate with local Jordanians. I am able to give directions in taxis, order food at restaurants, navigate grocery stores and bargain for good prices. It is amazing how quickly I became comfortable living in Amman. I cannot thank Professor Isleem enough for emphasizing the importance of learning colloquial dialect. I have been placed in the most advanced courses due to great preparation I had before coming here. It has made all the difference in my experiences here in Jordan so far.

For my first semester, I am in a Diplomacy and Policy Studies program. My professors are notable former diplomats that provide great insight into the field, with a Middle Eastern perspective. Every week I get to meet former Prime Ministers, Intelligence Officers and members of the Royal Family. I also have been placed in an internship. I work for a local non-profit that focuses on fighting corruption. I am getting firsthand experience in working abroad in the Middle East. Next semester I am taking courses at the University of Jordan. It will be a full Arabic immersion program. I will get to live with a family and truly work on my Arabic language skills.

It has never been a more perfect time to study Arabic and the Middle East. Middle Eastern culture is widely misunderstood, and the best way to break the barrier of cultural understanding is through language. Arabic itself is a critical language and will only continue to grow in importance. The region itself is facing remarkable changes and it’s only wise to be on the forefront of this up and coming area of study. I am thankful for having such a strong background in Arabic language and for the support the University has provided me in exploring my academic interests.