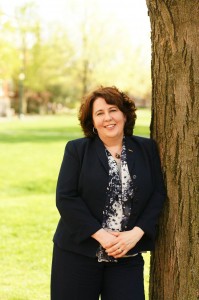 After coming to the University in 1998 and being officially appointed as director of the Women’s Resource Center (WRC) at the end of last year, one woman on campus has spearheaded efforts to address many issues both women and men face on campus.

Since Tracy Shaynak has started working as director, she has worked with faculty, administration and students to address important issues in the University community. She has been involved in numerous campus events that address them, such as the Take Back the Night Rally, and she has been working with Bucknell Student Government to reconfigure the “For a Better Bucknell” rally next year.

“She has worked with BSG through getting to know individual members,” Sonali Basak ’12 said. “[She] provides an atmosphere of comfort, where anything goes and all ideas are accepted.”

Shaynak’s responsibilities include supervising students, staff and volunteers who work in the WRC and coordinating the Center’s programs and initiatives. She also runs the Sexual Assault Survivor Advocate Program, which provides assistance and support for those who have been sexually assaulted.

The WRC serves as a place of support for students, faculty and staff. It promotes awareness and “understanding of issues related to women’s rights and gender inequities, both historic and contemporary,” Shaynak said.

Shaynak also serves as an adviser to the women’s student group Essential. “As an advisor, she has gone above and beyond to ensure the success of our organization. She is a friend, a mother figure and most of all a teacher to all of us,” said Juanita Jeffrey ’13, president of Essential.

In working with Associate Provost Robert Midkiff, Shaynak has developed the Sexual Assault Task Force and helped the LGBT Awareness Office continue to move forward after the loss of Fran McDaniel.

“We have worked together on issues of sexual violence, alcohol education and heterosexism and homophobia in the campus community,” Midkiff said.

Shaynak is an advocate for collaboration. “For me, there is real value in recognizing how programs, policies and people interrelate, and when we can bring departments and organizations together in creative ways that maximize and take advantage of these connections, we have the ability to truly enhance the educational experience,” she said.

She has also taken a role in the Campus Climate Task Force by sitting in on meetings and serving as a resource to the group.

“Where we have been successful and what gives me real hope is that the campus community has begun to have an important and meaningful dialogue around some very important issues this year. Student leaders, including those from the Panhellenic Council, Interfraternity Council and Bucknell Student Government, have been coming forward and coming together in ways that are simply unprecedented in my time here,” she said.

Shaynak is best known for her compassion and dedication to understanding student opinions and concerns.

“She listens carefully to students and assists them in making good academic and life choices,” Midkiff said. “I think she is really good at empowering students to critically examine their beliefs and their actions and to live their lives consistently.”

Through her deep involvement and myriad contributions to the campus this year, Shaynak has made and will continue to make a real difference in the lives of students.